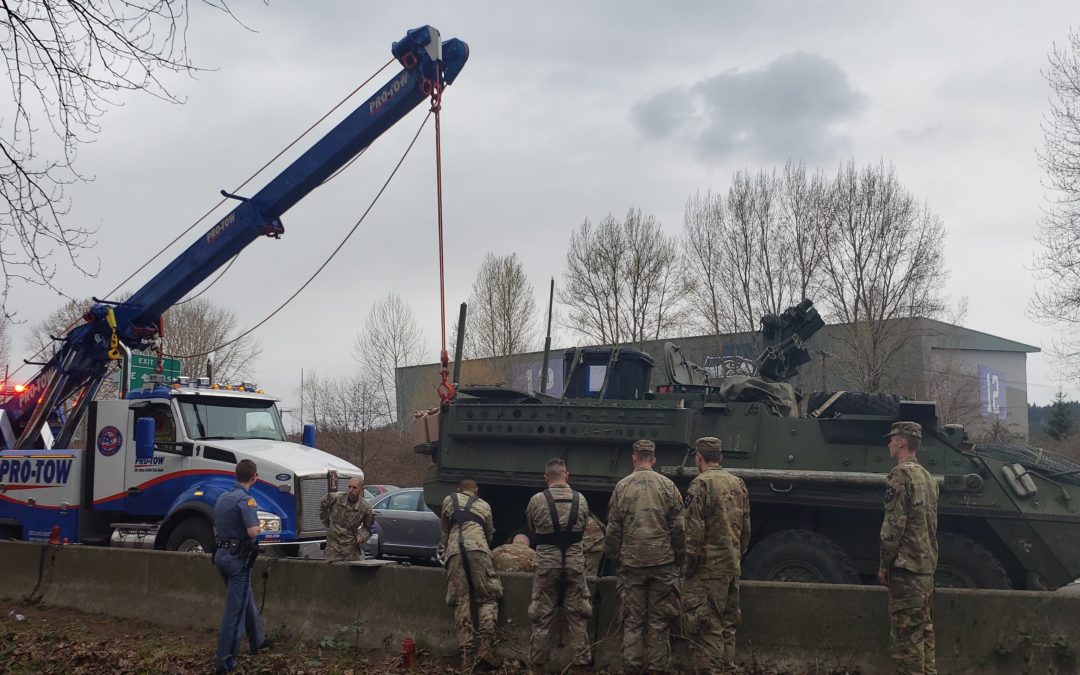 #WashingtonStatePatrol #GoAarmy and #WSDOT calls on PRO-TOW to help with a tire chain for the Army Convoy on I-405 on Monday March 25, 2019 during rush hour traffic.  After the convoy suffered a flat tire, the team quickly went to work to replace the tire.  Unfortunately, due to its size the convoy was blocking lane 1 on NB I-405 in a busy area and a busy time of the day.  After suffering a failure with the team’s jack lifting the 40,000 pound vehicle, the command called on Pro-Tow with their 50 Ton Rotator crane style heavy duty wrecker.  The crane style wrecker was able to make quick and safe work with the overhead lift rotating over the hood.  Not blocking the highway, minimal lane closure, and huge lifting capacity got the team back in the convoy and traffic flowing normally in #RentonWa.   #Millerindustries #teamprotow #xtrema #phillystran #crosbyindustries 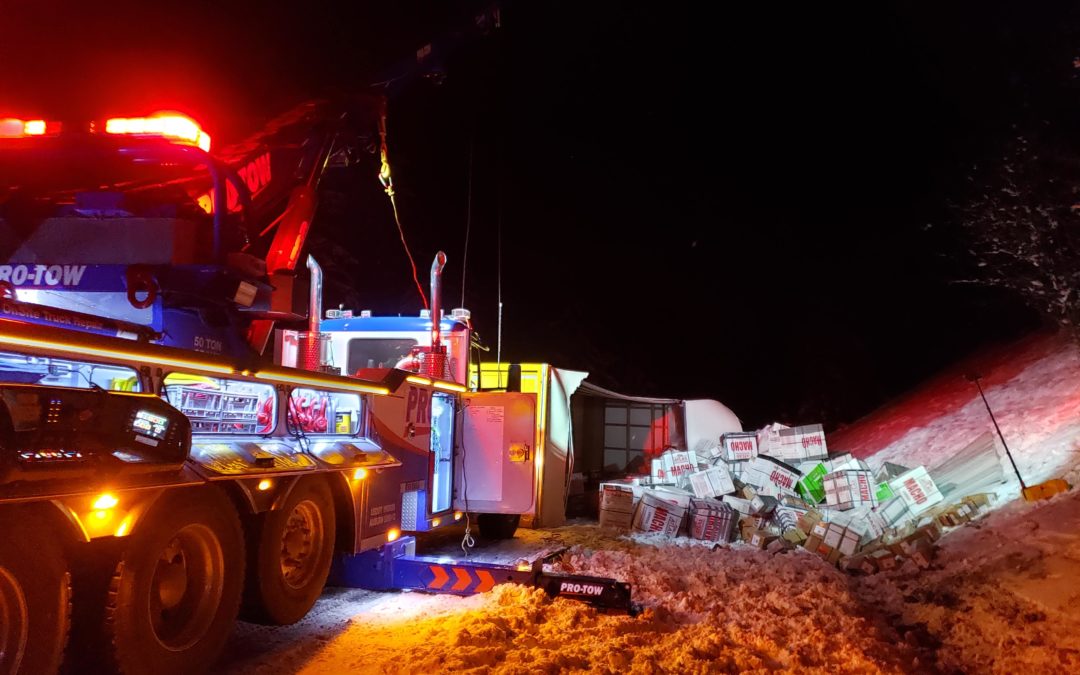 International Box Truck Recovery Overturned in Preston, WA on I-90

Washington State Patrol calls on #teamprotow to recover an overturned 26 foot International box truck recovery loaded with packages destined to the Philippines for a critical overnight shipment.  After hitting a 6 point bull elk, the driver lost control near Preston, WA.in freezing and snowy temperatures.  Unfortunately, the elk died, however, the driver and passenger were okay.  The elk was salvaged and utilized under the Washington Department of Fish and Wildlife salvage program that came into law on July 1, 2016.   Complicating the box truck recovery was the weight of the packages and the damage caused to the roof of the International Box truck necessitating an emergency cargo unload in difficult conditions.  Using a compact track loader from Bobcat Pacific Northwest in Auburn, WA, #teamprotow was able to reload all cargo packages and get them back headed for the Philippines. 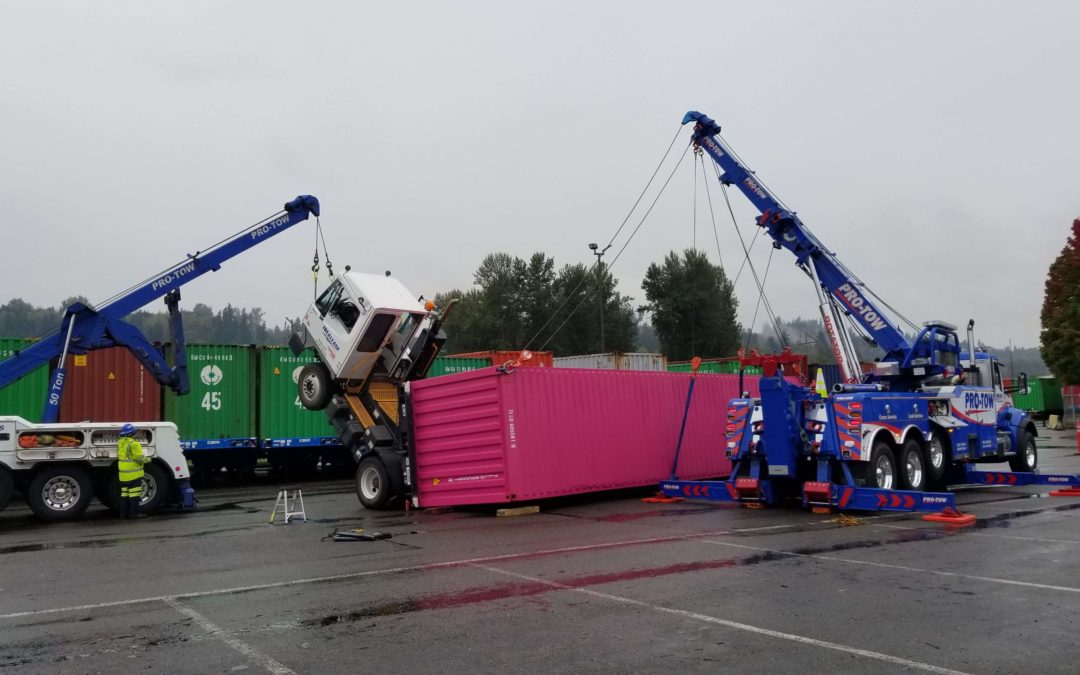 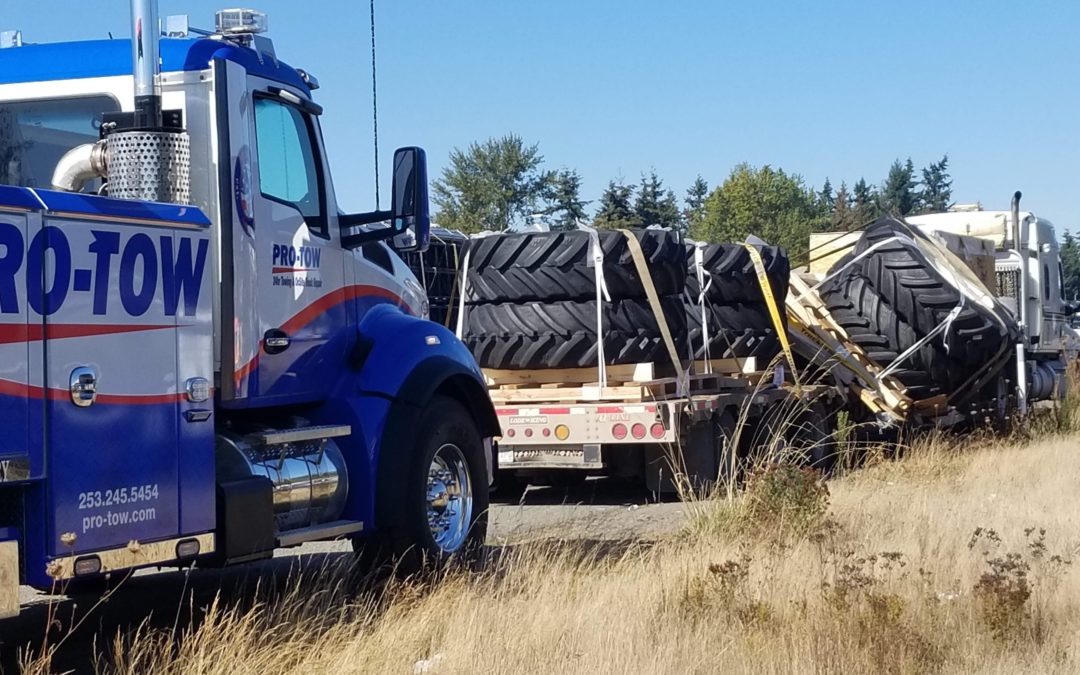 After a semi truck loaded with cargo of agricultural tires slips off the semi trailer on Northbound Interstate 5 in Kent, WA, #teamprotow is called upon to clean up the lost cargo.  Utilizing a Century heavy duty tow rotating boom tow truck, the roadway was able to remain open as the tow truck worked from the shoulder.  The cargo was quickly lifted and rotated to a nearby flatbed tow truck and transported to their Auburn,WA secured storage yard where the cargo was safely able to be reloaded and re-secured in preparation for its final transport to British Columbia, Canada. 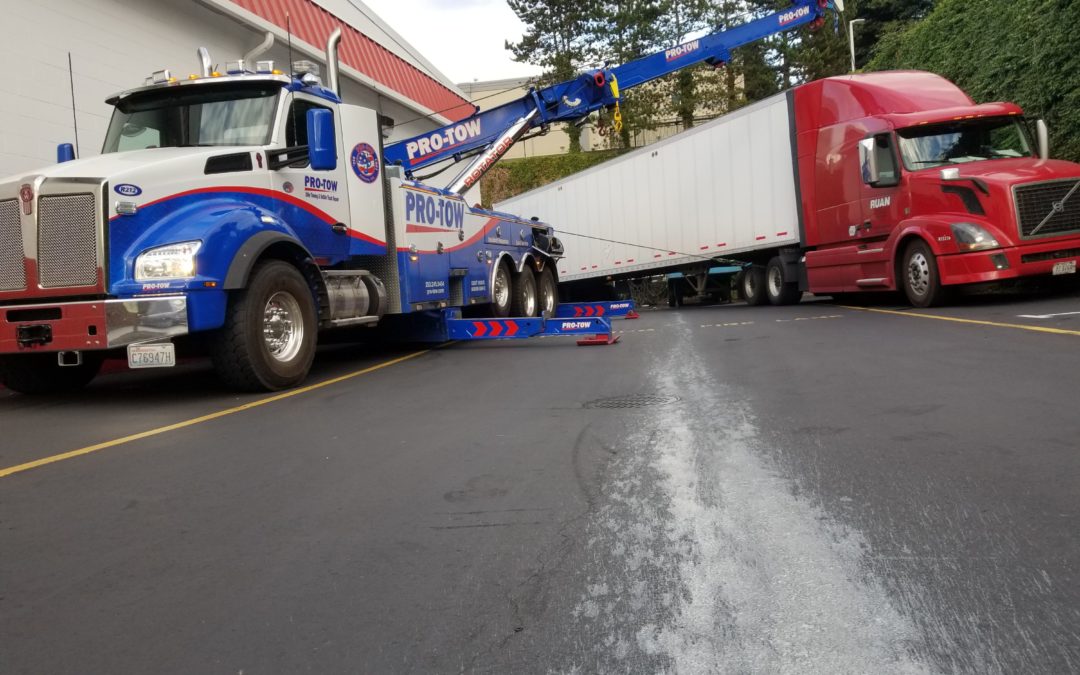 Pro-Tow Gets Semi Out of a Pickle

#teamprotow responds immediately to the City of Lynnwood, WA to get semi truck driver out of what he described as a pickle. Initially, appearing routine quickly got more complicated when the fuel tank was found to be resting on a hidden stump. In order to prevent any damage and avoid a fuel spill cleanup, #teamprotow used a double overhead lift to safely reposition the semi truck from the pickle. Problem solved! 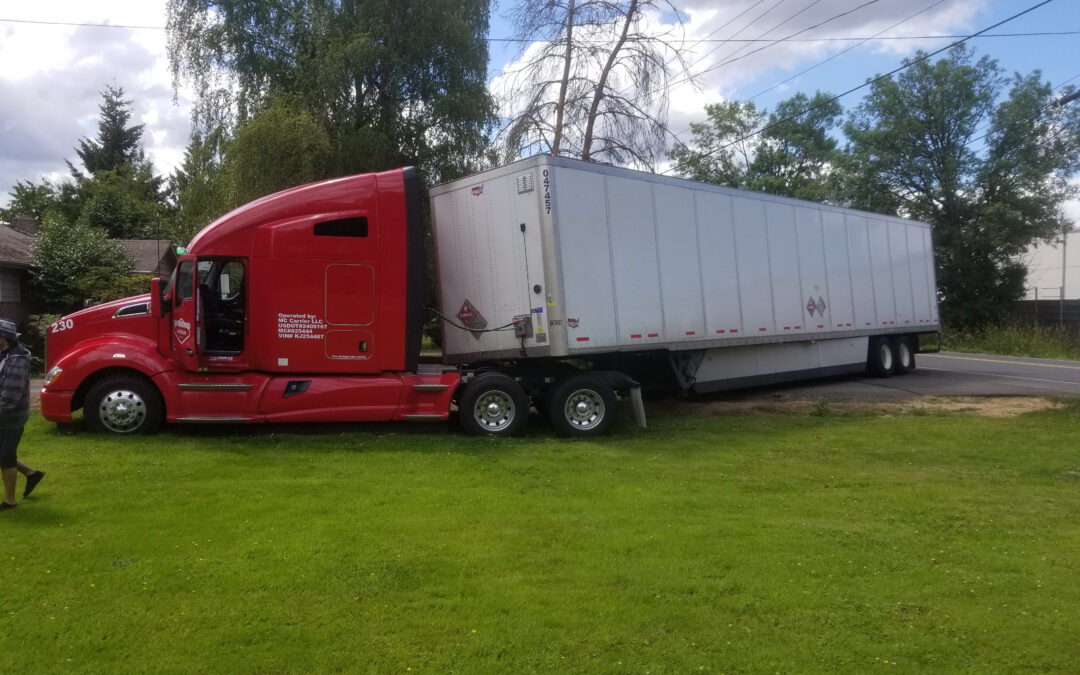 Missed the turn to the warehouse. No problem, just use the next driveway. Don’t forget to call #teamprotow because you’re going need a little help.

DROP US A CALL